More Than Just Wills: The Other Side of Elder Law 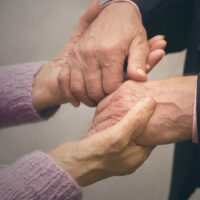 Pennsylvania elder law is a discipline that most people think of as wills and estates only. However, there are multiple different facets to elder law, including many issues that an elderly person may find too cumbersome or confusing to handle alone. However, with a knowledgeable elder law attorney on your side, these problems can be handled much more quickly and easily.

One major area of elder law that many people forget is dealing with nursing homes and other care facilities like hospices. End-of-life care is often not cheap, and elderly people often wind up losing all their assets in trying to pay for care, even if they have access to Medicaid coverage – in recent years, Medicaid spending on elderly and disabled people has comprised 72 percent of program costs, even though they only make up approximately 35 percent of program enrollees.

In most cases, the Medicaid rules allow the non-institutionalized spouse to retain the assets they need to maintain a reasonable lifestyle – at the very least, a home and a car, as well as their own income, whether they are working or receiving Social Security. However, people still make mistakes in trying to manage their assets. One common error many couples make is that they give away a lot of assets and then immediately try to qualify for Medicaid, which cannot be done. The so-called “five-year rule” prohibits this – the rule holds that for every gift given in the five years prior to your application, there will be a penalty period where Medicaid will not pay the bills. A knowledgeable elder law attorney can help avoid this.

Another major facet of elder law is seeking or preserving guardianship over your elderly loved one. In Pennsylvania, judges have actually preferred to avoid guardianship whenever possible, citing a desire for all but the truly incapacitated to retain their independence. Instead, most will recommend powers of attorney for financial and medical decisions. The net effect is very similar, though, and it is important to have everything set up in the appropriate manner, especially if your elderly relative is ill and may require additional input on their decisions.

Whether a guardianship or a power of attorney is determined to be necessary in the case of your relative, it should still be established sooner rather than later, as it is not uncommon for a nursing home or care facility to refuse the directives of someone whose decision-making rights are not set in stone. Liability concerns make it imperative for both the elderly person’s relatives and the nursing home to set their boundaries clearly, as failure to do so on either end can impinge on the person’s right to care.

When it comes to our relatives, we want the best for them. In the case of our parents and others who may be reaching advanced age, it is critical not to wait too long, and to have protections in place before they are needed. The compassionate and dedicated elder law attorneys at the Needle Law Firm understand that these choices can be hard, and will work with your family every step of the way. We serve Scranton, Stroudsburg, and most of Northeastern Pennsylvania. Call us today to schedule an appointment.