Same-Sex Widower from Philadelphia Finally Wins Claim for Social Security Benefits, as Well as an Award of Attorney’s Fees 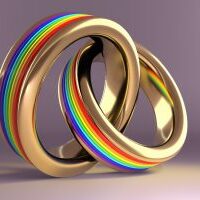 Each applicant who seeks Social Security benefits faces his or her own set of unique challenges. Those challenges can be especially substantial when the applicant is seeking survivor’s benefits and the applicant’s spouse was a person of the same sex as the applicant. Recent changes in caselaw have helped the cause of same-sex spouses but, as one Pennsylvania widower’s case demonstrated, success may still require diligence and determination. To make sure you get the benefits to which you are entitled, retain an experienced Pennsylvania Social Security attorney.

The widower, J., entered into a committed, exclusive, lifetime relationship with B. in the summer of 1990. Of course, because they were a same-sex couple and it was 1990, they did not have the option of marrying. The men lived together as committed partners from 1990 until late 2015, when Bernard passed away. Shortly before Bernard died, a federal court in Pennsylvania invalidated the state’s ban on same-sex marriages and the couple wed.

There can be a variety of reasons why you might need to “go the extra mile” to ensure that your application for benefits succeeds. Depending on the facts of your case, there might be one or more options that you can pursue to help bolster your claim and enhance your chances of an award of benefits. In J.’s case, he went to a state court in Philadelphia and asked a judge there to declare that his relationship with B. was a valid common-law marriage. The judge agreed, declaring that the men had been married from July 4, 1990 until B.’s death on Dec. 22, 2015.

Still, the SSA dragged its feet. After a lengthy delay, the SSA denied the claim. J. sued and a federal judge concluded that J. clearly was entitled to widower’s benefits. Essentially, the court told the SSA that its arguments were unpersuasive and that it should reverse its decision on J.’s claim, or else give the court an explanation as to why he was not entitled to the benefits he requested. The SSA changed its determination and granted widower’s benefits to J.

That, of course, is not the end of the story for J. J. had spent years and thousands of dollars in legal fees fighting for benefits he should have received all along. The federal judge, in a follow-up ruling, declared that J. was a “prevailing party” in litigation, which meant that he was entitled to recover an award of his attorney’s fees. That award meant that J. received more than $27,000 in compensation for the counsel fees that he racked up fighting the SSA’s initial denial of his benefits.

For the helpful advice and zealous advocacy you need for your Social Security case, look to the skilled Pennsylvania Social Security attorneys at Needle Law Firm. Contact us today at for a free, no-obligation consultation by calling 855.687.4357.