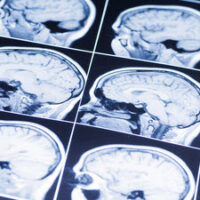 Millions of Americans suffer brain injuries each year, and the leading causes of those injuries include falls and motor vehicle crashes, according to Brainline.org. In the long term, when a person suffers a traumatic brain injury (TBI), that person can experience significant physical problems in the days, weeks, months, and even years after the injury. And in the short term, we know that concussions and other mild TBIs can affect a person’s mood and ability to sleep and to concentrate. Yet it is important for brain injury victims and their families to recognize that the damages may be more extensive. Indeed, when filing a brain injury lawsuit against a negligent property owner or driver, the plaintiff may be able to seek damages for long-term psychological harm.

According to a recent study reported by CNN, mild traumatic brain injury—which includes concussions—is linked to a higher risk of mental health problems that include post-traumatic stress disorder (PTSD) and depression.

Brain injuries can be physically debilitating for numerous reasons, and the costs can be difficult to assess. An article in the Journal of Neurotrauma emphasizes that financial costs associated with brain injuries can be complicated to ascertain due to the various ways in which these injuries affect patients and individual patient characteristics. Another reason that brain injury costs might be underreported, the new study intimates, is because researchers and healthcare providers are underestimating the long-term psychological consequences of a brain injury.

The new study was published in the peer-reviewed medical journal JAMA Psychiatry, and it determined that among patients in the hospital, just under 22 percent of those with mild traumatic brain injuries experienced PTSD or depression up to half a year after injury, compared with approximately 12 percent of those with non-head injuries. The study clarifies that TBIs can vary widely in severity. At the same time, traumatic brain injuries ranging from mild to severe are caused by a hit to the head or a penetrating injury that disrupts the normal function of the brain. The key takeaway point from the study is that even mild TBIs can have long-term psychological harm.

Details of the Brain Injury Study

The study examined 1,155 different patients who suffered from mild TBIs, and a total of 230 patients in hospitals who had non-brain injuries. The majority of the brain injury patients (61.8 percent) sustained a TBI in a car crash, and the second-leading cause of head trauma (29.2 percent) was due to a fall. The researchers tracked the patients at different intervals after they left the hospital: three months, six months, and twelve months.

At each stage, patients with mild TBIs were more likely than other hospital patients with non-brain-related injuries to show symptoms of mental health issues, including PTSD and mild depressive disorder. And these symptoms continued twelve months following discharge from the hospital. The researchers did report that patients who suffered from a mental health problem prior to sustaining a brain injury were more likely to experience depression or PTSD after the injury, but more research needs to be done to determine the study’s full implications.

If you or someone you love sustained a brain injury in a car crash, a fall, or another type of accident, a Scranton brain injury lawyer at our firm can speak with you about your case. Contact Needle Law Firm for more information.

By Needle Law Firm | Posted on April 19, 2019
« Getting Your Bills Paid After A PA Motorcycle Accident
Pennsylvania Wrongful Death 101 »