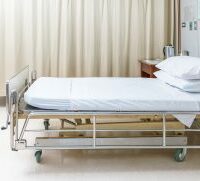 In any medical negligence action, almost any type of evidence has the potential to “move the needle” either in your favor or in your opponent’s favor. That’s why it is so important to have diligent and knowledgeable Pennsylvania injury counsel on your side who will know how to fight to get in all of your evidence and keep out as much improper, harmful evidence as possible.

A recent case from Pittsburgh was an example of how this battle over evidence admissibility can make or break a case. The origin of the case was L.M.’s entrance into a Pittsburgh hospital to undergo a hysterectomy. The procedure was a laparoscopic technique, which means that the provider performs the operation through small incisions made in the body. In L.M.’s case, after making one of those incisions, her doctor smelled feces and became concerned that he had perforated her bowel. The doctor ceased doing the hysterectomy and consulted a general surgeon. That surgeon performed surgery on the bowel, which had been cut nearly in half. L.M. was forced to use a colostomy bag for a while after the procedure.

The patient filed a medical negligence action. In L.M.’s trial, that battle over admitting evidence centered on proof related to what the patient knew as far as the complications of a laparoscopic hysterectomy. The defense wanted to present evidence that a “bowel injury” was a risk of the procedure and that L.M. knew this fact. The patient preferred to exclude that evidence, since it might tend to weaken her overall case with the jury.

The patient was not able to get that evidence excluded at trial. At the trial’s end, the jury had found for the defense. The patient, however, was able to win an appeal that ordered a new trial.

The central thing that you need to show in order to secure an order excluding evidence based upon its irrelevance is that the evidence in dispute does not make it more or less probable that the defendant was liable for the harm you suffered. In other words, if the defense in a medical negligence case wants to introduce evidence, you may be able to oppose its admission into your trial on the ground that it doesn’t do anything to make it more or less likely that the medical provider was negligent in performing his duties.

According to the Pennsylvania Medical Society, the defendants appealed, and the Supreme Court agreed to hear the case.

Your medical negligence case needs the skill and knowledge of counsel familiar with the law and the process involved in these types of cases. The diligent Pennsylvania injury attorneys at Needle Law Firm have been effectively representing injured plaintiffs just like you for many years. Reach out to put our experience and abilities to work for you.