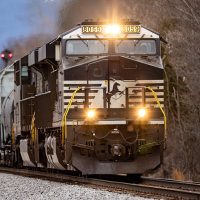 Many people often forget about the importance of rail workers in the United States, and more still forget just how dangerous this work really is. In recent months, the nation has been focused on the trucking industry for a number of reasons, but rail transport is still a crucial aspect of our economy and our overall supply chain system. Rail workers are responsible for making sure this system works, and unfortunately many of these workers die each year. One of the most recent examples was a rail worker who was killed in Pennsylvania when a train struck him from behind.

If you have lost a loved one in a train accident, you may be able to file a lawsuit and receive considerable financial compensation for your losses. If you were injured by a train, you may also have the opportunity to file a lawsuit and pursue a settlement. In both situations, you will need to get in touch with a legal professional at your earliest convenience. The statute of limitations may prevent you from suing if you delay too long, so it’s best to be proactive and book a consultation with a personal injury attorney as soon as possible.

On May 5th of 2020, a train conductor with almost two decades of experience died due to serious injuries after a train accident in Allentown. He had been fighting for his life in hospital for about 6 months before he ultimately succumbed to his injuries. The incident involved a train impact when his back was turned. No safety mechanism or warning system was in place that alerted the conductor of the incoming train – a fact that his wife has now raised in court.

His widow filed a federal lawsuit against the Norfolk Southern Railway, accusing the train company of valuing profits over human life. The company is refusing to comment on the matter, but it’s clear that a settlement of almost any amount would be completely inconsequential for such a major organization. An active presence on the East coast, Norfolk Southern Railway raked in revenues of over $11 billion in 2021.

According to the lawsuit, the railway company also has a clear track record of committing safety violations in the past. Many of these violations led to deaths. For example, one of their workers fell to his death after falling through a broken safety rail and into a 40-foot pit.

The skilled Scranton personal injury lawyers at the Needle Law Firm are prepared to help you recover the compensation that you deserve for your injuries. With our assistance, you can strive towards a positive result in an efficient manner. We know that train accidents can be both tragic and life-changing, and we’re here to help you fight for your rights. Book your consultation today and take your first steps towards the fair settlement you deserve.

By Needle Law Firm | Posted on August 2, 2022
« How To Sue After A Semi-Truck Crash In Pennsylvania
Filing A Negligent Security Lawsuit In Pennsylvania »