Can You Sue a Government Entity for Your Personal Injury in Pennsylvania? 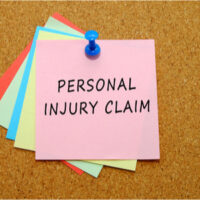 In Pennsylvania, the vast majority of personal injury claims are made against persons and private entities. But what happens if your accident involves a government entity? Can you sue a government worker or agency in Pennsylvania to obtain compensation for your damages?

For instance, if you were hit by an individual driving a government vehicle or you slip and fall due to a hazardous condition on government-owned property, you may be entitled to file a claim against the appropriate government entity.

Pennsylvania’s Sovereign Immunity Act and Claims Against the Government

Under Title 42 Pa. C.S.A. Section 8522, which is often referred to as the Sovereign Immunity Act, the state of Pennsylvania waives its sovereign immunity in several types of accidents and personal injury cases. What that means is that you can sue the government and seek compensation only under limited circumstances.

Pennsylvania’s Sovereign Immunity Act provides that injured persons can sue government employees and agencies for damages and losses that occur due to a negligent act or omission to act in any case where the victim would be able to sue an individual or private entity.

Under the Act, Pennsylvanians are permitted to sue the government for injuries caused by:

Things to Consider When Suing the Government in Pennsylvania

There are two things to consider before suing a government entity or employee in the state of Pennsylvania:

Your lawsuit against the government may be dismissed if you fail to send notice of your claim within the 6-months deadline. The Sovereign Immunity Act caps damages that can be recovered from a government entity at $250,000 to one injured party in an incident or $1 million total among all plaintiffs in a single incident.

Contact our knowledgeable Scranton personal injury attorneys at Needle Law Firm if you need help with suing a government employee or agency in the state of Pennsylvania. Call at 570-344-1266 to get a case review.

By Needle Law Firm | Posted on September 3, 2020
« When Should You Hire a Scranton Car Accident Lawyer?
How and Who Will Pay Your Medical Bills After a Car Accident in Pennsylvania? »