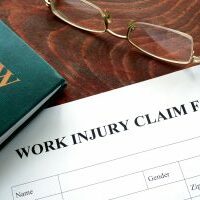 As an example of how the process can work, look at the recent case of K.H.B. While K.H.B. was working at her job as a director of operations, she suffered a spinal injury. That injury required lumbar spinal fusion surgery. K.H.B. began receiving workers’ compensation benefits, but, in 2014, the employer sought to cut off those benefits. The employer succeeded, and K.H.B. returned to work.

In March 2015, the employee hurt her back again. She promptly filed a request to reinstate her benefits. This time, the judge rejected her claim. The judge concluded that K.H.B. had not sufficiently proved that she suffered a new work injury. The employee appealed but was not successful at first. She eventually took her case all the way to the Commonwealth Court, where she was able to obtain a new hearing.

In ruling in favor of the employee, the Commonwealth Court pointed out several important things. For one thing, the court explained that Pennsylvania law says that a “work-related aggravation of a pre-existing non-work-related disease is” something that allows an employee to receive workers’ compensation benefits.

Additionally, the Commonwealth Court pointed out that the workers’ compensation judge’s opinion wasn’t consistent with the evidence. The employee’s doctor testified that her current problems were results of both her preceding surgery and her March 18, 2015 workplace accident, and that K.H.B. had substantial limitations when it came to doing her job. Despite that proof, the judge engaged in no discussion regarding whether or not the March 2015 accident at work played any role in K.H.B.’s ongoing disability.

This failure to make an explicit finding one way or the other worked in K.H.B.’s favor. A determination “must be made,” the Commonwealth Court wrote. Since there was no such finding put into writing, that meant that the case had to be remanded, and K.H.B. had another chance to win her claim for benefits.

Despite the legal technicalities, like “remanded” and “error of law,” what you can plainly take away from K.H.B.’s case is that, when it comes to a claim for workers’ compensation benefits, having strong medical evidence matters, and attention to details, be they factual or legal, matters. This is also why having experienced counsel matters a great deal.

The skilled Pennsylvania workers’ compensation attorneys at Needle Law Firm have been, for years, providing the sort of detailed and diligent representation needed to produce positive results in workers’ compensation cases. To improve your chance of getting the award of benefits that you deserve, put our knowledge and skill to work for you.