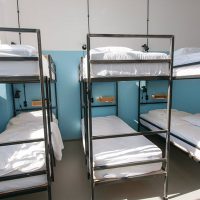 For most of us, the words “Little League” evoke fond memories of baseball, friends, and friendly competition. For one child in Pennsylvania, however, Little League may only evoke bad memories and psychological trauma. A child was recently injured after he fell out of a bunk bed in Pennsylvania, and his parents are now taking legal action against not only the league, but also the furniture company that constructed the bunk bed. But what should you do if your child has suffered an injury during their time in Little League?

Your first step should always be to get in touch with a qualified, experienced personal injury attorney in Pennsylvania. These legal professionals can guide you towards a fair, adequate settlement in the most confident, efficient manner possible. Regardless of how your child was injured, your lawyer can assess your unique situation and determine the best route forward. Time is of the essence, as the statute of limitations may prevent you from suing if you wait too long. This is why it’s always a good idea to book your consultation with an attorney as soon as possible.

On September 21st, it was reported that a boy from Utah had been left with significant medical issues after a fall from a bunk bed. He suffered the injury while competing in last month’s Little League World Series, which took place in Pennsylvania. The 12-year-old apparently suffered a skull fracture on August 15th, when he fell from his bunk bed in a players dormitory. The fall has led to significant medical issues, including three operations, a staph infection, and numerous seizures.

The family has responded by using the Little League and the company responsible for constructing the bed. They argue that the bed lacked safety railings, and they are seeking over $50,000 for the boy’s medical expenses. They are also seeking punitive damages. The Little League and the other defendant have refused to comment on the case.

Will They Win Their Lawsuit?

But does this lawsuit have any chance of success? A number of factors must be considered, including:

If you’ve been searching for a qualified, experienced Scranton personal injury lawyer, look no further than the Needle Law Firm. Over the years, we have helped numerous injured plaintiffs in the Keystone State, and we know how worrying it can be for parents with injured children. Rest assured that we will help you with every aspect of your lawsuit, including gathering evidence, negotiating for a settlement, and much more. Book your consultation today to get started with an effective action plan.