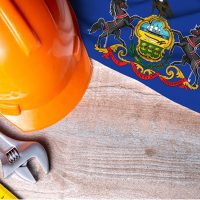 People shouldn’t have to put their life on the line just to put food on the table. Unfortunately, it seems as though the chances of suffering tremendous injuries as a worker in the Keystone State are surprisingly high. Within the past few weeks, numerous workers have suffered terrible accidents. Some have even lost their lives. It goes without saying that this reflects very badly on worker safety in Pennsylvania. But what can you do if you have suffered a similar workplace injury? Can you receive compensation for your lost wages and other damages?

On October 12th, it was reported that a Sam’s Club worker had been killed in Summit Township after an overhead load dock door struck him in the head. He was just 20 years old. It was quickly determined that a spring on the door had broken. Although you might dismiss this as a freak accident, one has to wonder whether Sam’s Club could have made the workplace safer by conducting regular safety checks and replacing faulty components like broken springs. The OHSA reports that an investigation is underway.

On October 10th, it was reported that a FedEx worker had been shot and killed in north Philadelphia. While it is not quite clear why the worker was targeted, police reported that the suspect walked up to the driver’s side window of the FedEx van and simply shot the victim repeatedly. The 51-year-old had been working for FedEx for 28 years. A gun battle followed, and the suspect was shot non-fatally by an officer. He was reported to be recovering at a hospital in stable condition.

Also on October 10th, it was reported that two workers had been injured in an explosion that took place in Porter Township. As of this writing, authorities are unsure about what actually caused the explosion, although the workers were apparently disposing of boxes containing blasting equipment at the time of the accident.

On October 8th, it was reported that a fire police worker was struck by a hit-and-run driver during a festival in Lebanon County. The worker was 71-years-old, and although he was quite fragile, he apparently suffered only minor injuries.

On October 7th, it was reported that a construction worker had lost his life after a fatal fall in Pittsburgh. According to the authorities, a semi-truck hit a bucket truck, causing the worker to be thrown from the bucket into a bike trail far below.

What Should I Do If I Suffer a Workplace Injury in Pennsylvania?

If you’ve suffered a workplace injury, get in touch with the Scranton personal injury lawyers at the Needle Law Firm as soon as possible. We know how traumatic and life-altering workplace accidents can be, and you deserve the opportunity to pursue the compensation you deserve. Whether your claim has been denied or you simply want to file your claim in the best way possible, book a consultation with us today. With our assistance, you can get exactly the level of compensation you need to continue with your life.

By Needle Law Firm | Posted on January 12, 2023
« Pennsylvania Nursing Home Sued After Horrific Windpipe Death
Trapped Inside A Burning Car: Can You Sue? »